"We would never be sure about the sequence of events...We argue about it, still".

La vie rêvée des Anges de Erick Zoncka avec Elodie Bouchez et Natacha Régnier, prix d'interprétations féminines au festival de Cannes (France, 1998).
Musique de Yann Tiersen, Rue des Cascades.
Marie and Isa are two unskilled workers from Lille. They are not quite teenagers anymore but they have now arrived at a crucial point, typical for young adults, where they have to take an important decision about the future of their life. Isa decides to continue in the same way, although life does not seen to offer many perspectives. Marie, after her dream of starting a different kind of life has come to an end, takes the opposite direction.


The virgin suicides by Sofia Coppola. Kirsten Dunst is the lead role as Lux Lisbon. The movie is an adpatation of the stunning novel by Jeffrey Eugenides. The song of this video clip is Fear by Sarah McLachlan.
They were a neighborhood obsession. Five beautiful blonde sisters in a small suburban town in 1970's Michigan, an ethereal quality to their supposed perfection. Dreamy Cecilia (13), feisty Lux (14), pious Bonnie (15), pretty Mary (16) and gentle Therese (17) - an unattainable enigma to the local schoolboys who could never penetrate the seclusion of their tight-knit fraternal bond or the overprotective presence of their strict religious parents. Until one fatal day when the youngest sister attempts to take her own life, tearing their world apart. The Lisbon parents struggle with the decision to allow their daughters to partake in a normal social life while still retaining their iron grip over the girls. But when Lux Lisbon becomes a magnet for temptation, events quickly spiral out of control, leading the parents to exercise even more restriction and control over every aspect of their children's lives. As the girls become virtual prisoners in their own home, the extreme constraints placed on them begin to plant the seed of a dark plan of escape... A plan that will germinate in a fatal decision that will shock the town and its citizens forever.
As you can surmise by the title, I do not suppose I need to tell you that this film contains some very heavy material - namely, teenage suicide. Therefore, I advise you to view with discretion. I am of the opinion that this film was very tastefully put together, managing to convey the intense frustration, claustrophobia  fear and anguish of the series of events, without every bordering on graphic. The suicides are all depicted in their aftermath - with little bloodshed. Nonetheless, the images are heartbreaking, frightening and might be a bit overwhelming for younger viewers (eg: a limp hand dangling out of an asphyxiated car and a small girl held limply in her father's arms after jumping from a high height). If you have a younger sibling or friend who is interested in seeing this film and you feel it is important that they be exposed to this topic, I do recommend this movie as one that gets the message across without being overtly graphic.
No copyright infringement intended. I do not own anything.

Promote Your Page Too 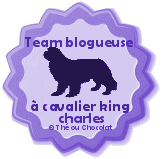